This standard concerns determination of atmospheric corrosion resistance at an accelerated test. The test method has been developed to simulate the corrosion processes that take place on vehicles in a road environment where sodium chloride constitutes a dominating corrosive component.

For test objects exposed to special environmental conditions such as significant temperature changes in the engine compartment, or for materials like sealants and adhesives, an additional stage of exposure to wet conditions/low temperature/high temperature shall be included in the test procedure.

The test objects are placed in a test chamber permitting cycling of the relative humidity between two defined levels. The temperature is maintained at a constant level during the humidity cycling or, as an alternative, raised when changing to the lower humidity level. The controlled exposure to humidity is discontinued twice weekly by a wet exposure of the test objects using leaching acidified salt solution.

This solution is applied by means of spraying equipment or, as an alternative, by manual immersion so that, in addition to renewed salt exposure also leaching of corrosive products takes place on the test objects. This step is followed by a period of keeping the test objects wet and a subsequent period of forced drying (only when using automated precipitation) after which cycling of the humidity level is resumed.

In an alternative to the basic test method, the repeated exposure to leaching salt solution is replaced with an application of artificial dirt containing salt on the test objects. This procedure is applied before testing and is renewed every third week of testing.

This test is also referred to as a Volvo Indoor Corrosion Test, often abbreviated to VICT. 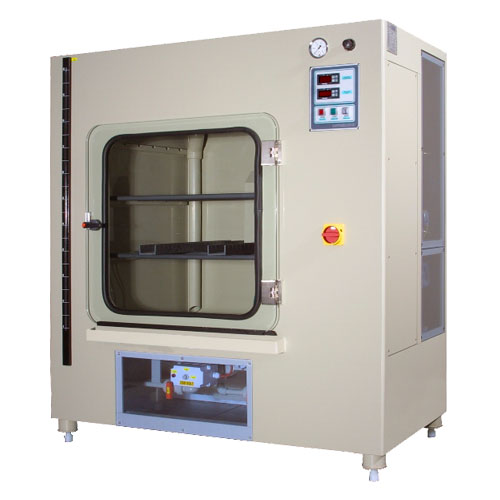 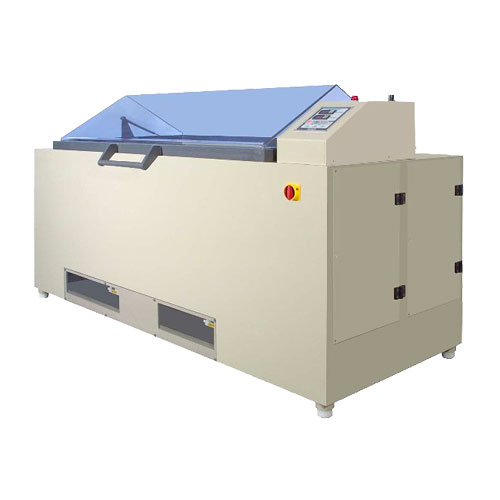 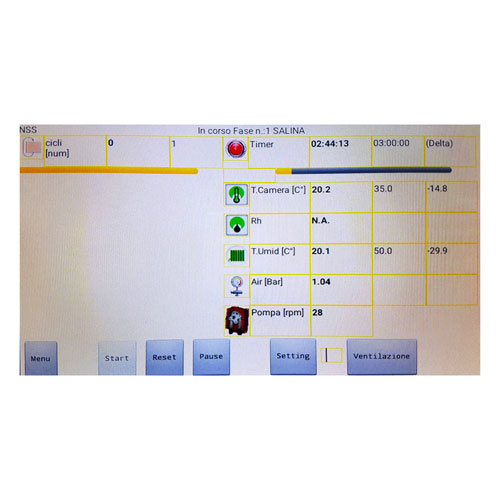 This website uses cookies to improve your experience while you navigate through the website. Out of these cookies, the cookies that are categorized as necessary are stored on your browser as they are essential for the working of basic functionalities of the website. We also use third-party cookies that help us analyze and understand how you use this website. These cookies will be stored in your browser only with your consent. You also have the option to opt-out of these cookies. But opting out of some of these cookies may have an effect on your browsing experience.
Necessary Sempre abilitato
Necessary cookies are absolutely essential for the website to function properly. This category only includes cookies that ensures basic functionalities and security features of the website. These cookies do not store any personal information.
Functional
Functional cookies help to perform certain functionalities like sharing the content of the website on social media platforms, collect feedbacks, and other third-party features.
Performance
Performance cookies are used to understand and analyze the key performance indexes of the website which helps in delivering a better user experience for the visitors.
Analytics
Analytical cookies are used to understand how visitors interact with the website. These cookies help provide information on metrics the number of visitors, bounce rate, traffic source, etc.
Advertisement
Advertisement cookies are used to provide visitors with relevant ads and marketing campaigns. These cookies track visitors across websites and collect information to provide customized ads.
Others
Other uncategorized cookies are those that are being analyzed and have not been classified into a category as yet.
ACCETTA E SALVA